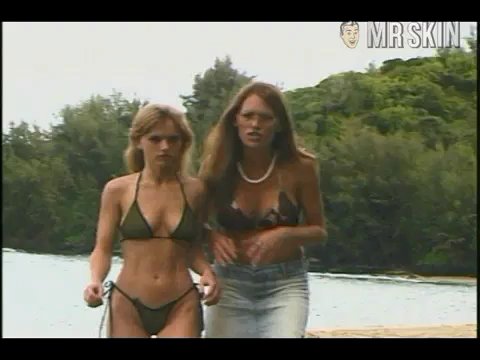 Exuberantly beautiful Shea brings talent, charisma and unmistakable star power to every role she so robustly embodies. The impact of Shea on any of her copious projects, in fact, is every bit in keeping with the larger-than-lust scale of the state of her birth, Texas. Naturally hot, this bilingual belle found herself drawn to the balmy climes of Florida in the early stages of her career, where she studied acting and made her mark as a model before taking flight for the even steamier environs of Hollywood. Since then, Shea has rapidly risen to the very top of the latest crop of witty, wacky, wickedly sexy offbeat-cinema sirens via roles in two Jim Wynorski-directed blow-outs: Poison and Treasure Hunt! (2003). Better still is that the Shea-train is scheduled to keep on rolling, as she is slated to appear in two upcoming features whose titles are as clever, distinctive and instantly appealing as this outrageously curvaceous starlet herself: Satanic Suicide Slumber Party and Busty Cops II!