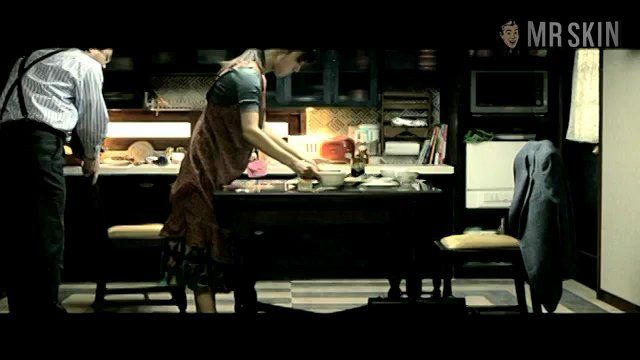 Seung-Shin Lee is a South Korean hottie, probably best known for her bit performance in the popular mind-fuck of a movie Oldboy (2003). She’s also appeared in the romance Addicted (2002), but if you want to romance the stone, as in stone-hard erection in your pants, then there’s another movie to direct your carnal attention. That would be Lady Vengeance (2006), a thriller about a woman released from a long stint in prison for kidnapping and murder, who tries to reenter society as a productive member. Speaking of entering, Seung-Shin’s panties are pulled down and she’s doubled over a counter for a man to enter her from behind. Vengeance is mine, says the wang!