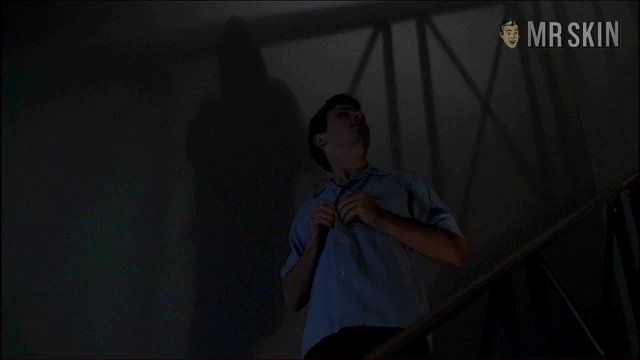 Holy hot daughter, Batman! That’s what Burt Ward should have said in the made-for-TV flick Return to the Batcave (2003) after taking one look at the tight caboose on Nina West -- Adam West’s daughter. But he didn’t, which probably saved himself from some Pow! Smash! Crack! from Batdad. However, considering that Nina’s credited as “Burt’s one-night stand,” foreshadowing what’s in store when it comes to  her bod, it’s hard to blame anyone -- even Robin. Ms. West makes us rise north when she slips out of the shadows in her red skivvies, wielding a knife against some poor unsuspecting bastard. Her boobs bobble around in her bra as she chases her man with a blade, and her bat butt is no joker. Aside from being the daughter of a badass and showing a little skin in one of his movies, Nina is also known for her work in the documentaries TV Land Real Estate (2002) and Living in TV Land (2006). Nina, when's the utility belt coming off?