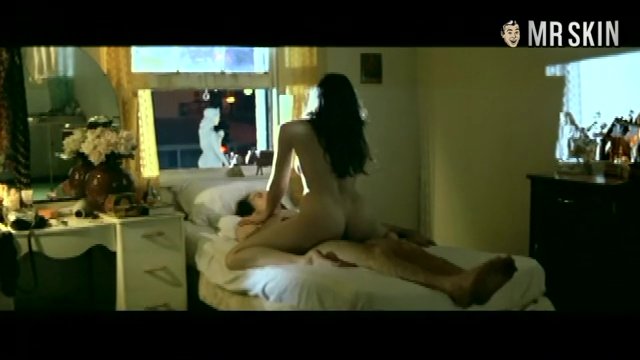 Bringing the thunder from Down Under is Aussie babe Natalie Carr! This brunette beauty has been acting since the early nineties in her native Australia, appearing mostly in shorts and tv series such as The Secret Life of Us, MDA, Satisfaction and Killing Time. She remains active to this day, appearing on two episodes of the series The Time of Our Lives in 2013, and shows no signs of slowing down! For her one and only nude scene to date, however, you have to go all the way back to her film debut in Bad Boy Bubby (1993), a film that wasn't released in the US until 2005. Check out a fully nude Natalie as she shaves a guy, then climbs on board the sausage express and rides it all the way to pound town, showing off her boobs, butt and bush in the process! Crack open a Foster's and drink a toast to the hottest Down Under star by far, Ms. Natalie Carr!