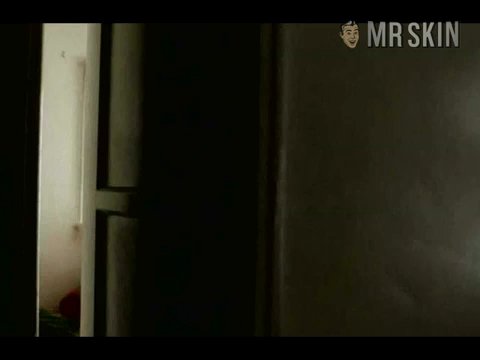 Wild Roomies (2004)
Nude, breasts, butt Bailey's booblies and side buns bounce as she rides her boyfriend's roommate in the opening scene. Talk about Wild Roomies!

All-American butter-blonde Miranda Bailey was born and raised in Vail, Colorado, where dreams of this scorchingly hot ski bunny undoubtedly must have kept her male classmates warm at night. She was bitten by the acting bug (lucky bug!), pursued a theater degree from Skidmore College in upstate New York, and, following graduation, moved to Los Angeles to pursue her screen dreams. After a few requisite guest roles on short-lived television shows, Miranda formed her own production company, Ambush Entertainment, and appeared in its first project, Dead & Breakfast (2004), alongside luscious lesbian Portia de Rossi. Perhaps some of Portia’s willingness to drop trou onscreen rubbed off on Ms. Bailey, because in her next film, Wild Roomies (2004), she hopped atop her co-star and arched her back to give the audience the clearest possible view of her ski-sculpted bod. The sight is sure to make you Mi-randy!

2 Pics & 1 Clip
Nude, breasts, butt Bailey's booblies and side buns bounce as she rides her boyfriend's roommate in the opening scene. Talk about Wild Roomies!
Live Cams - View all