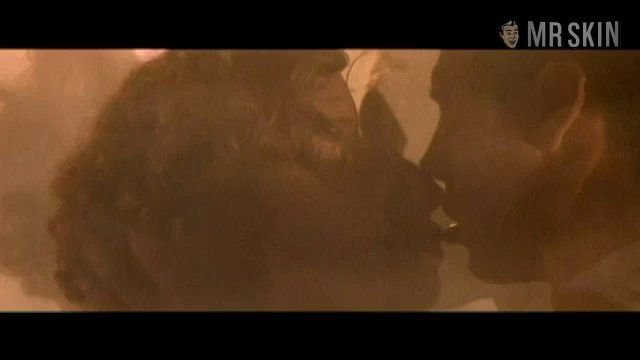 After the Storm (2001)
Nude, breasts 00:55:00 After the storm come the boobs, apparently. Mili takes off her top and bang! There they are. Pink-tipped perfection. 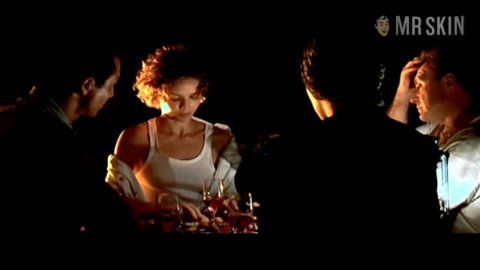 Born in Jerusalem and raised near Tel Aviv, Israel, the now five-foot-four-inch shapely beauty has grown up to be quite the stunner. Best known for her movie roles in Stargate (1994), Jim Jarmusch's Dead Man (1995), The End of Violence (1997), and Polish Wedding (1998), Mili is cute, popular, determined, a bit extravagant, and someone to whom attention will be paid. Sci-Fi Universe magazine recognized that back in 1995 when their readers voted her Best Supporting Actress in a Genre Motion Picture for Stargate. Although she won the Israeli Academy Award in 1991 for Best Supporting Actress for her feature debut in Over the Ocean (1992) and later was nominated for Best Actress for her role in Groupie (1993), she left home in 1993, for America, to make it big in film. She entered the tried and true flight path to that end: she began working as a waitress in New York City. Sure enough, she was discovered by a talent agent who didn't think it mattered that she barely spoke English and got her cast in Stargate. Mili has sadly not been naked very often. There're some brief topless shots in After the Storm (2001), and she looks hot in bra and panties and then naked beneath the sheets in love scenes from Kissing a Fool (1998), David Schwimmer being the lucky fool--in the movie that is! In 2002, Vanity Fair described Mili as one of the five most promising actresses in Hollywood today. Hope that means she's going to show off her itty-bitty talents.

5 Pics & 2 Clips
Nude, breasts 00:55:00 After the storm come the boobs, apparently. Mili takes off her top and bang! There they are. Pink-tipped perfection.