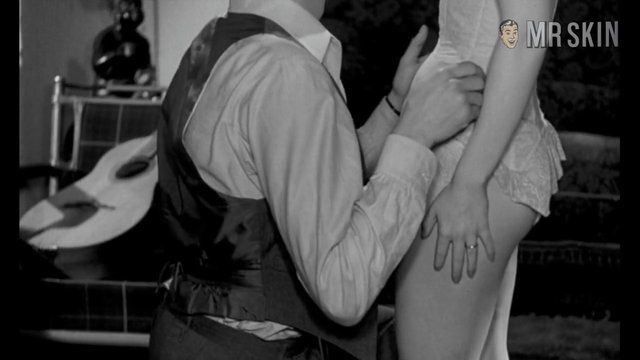 Veteran French actress Micheline Presle was born in Paris in 1922. She began appearing in movies at the age of 15 and has worked steadily since. Micheline works mostly in France and Europe, but she has also worked with some very big names in Hollywood including Errol Flynn and John Garfield. Her style, grace, and her singing ability made her the most popular actress in France in the 1940's and has helped her amass a resume that includes more than 185 film and TV credits. She still regularly works, now choosing mostly projects that she has a real passion for.   We get to see this sexy French babe's body when she is stripped down to her underwear in Five Day Lover (1961). She is wearing a version of lingerie, but we still get some nice side booty and cleavage as she smiles at then kisses a guy. It’s some hot, vintage skin.