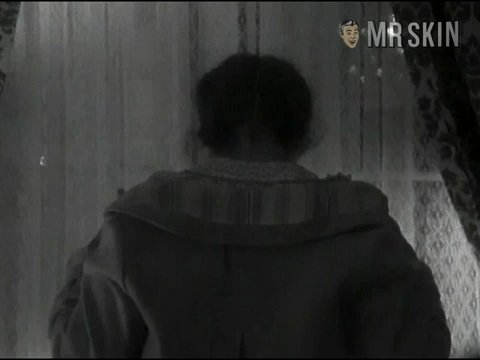 Bordertown
Nude, breasts She deftly doffs her top and exposes her touchable rib cushions to the old man.

Melita Jurisic made her big debut in her native Australia with a role on the thriller series Pokerface (1986). Unfortunately, it folded after only three episodes. She moved on to better hands, like the mini-series The Petrov Affair (1987). At least this time, it was only supposed to last for a few episodes. Melita landed her breakthrough performance with the title role in the ultimately commercially unsuccessful yet better-than-average Australian feature The Tale of Ruby Rose (1988). That no doubt helped her land a part on the hit series The Flying Doctors a few years later. Now Melita pretty much has her choice of roles, generally in such feature fare as Scent of Passion (1990) or The Sound of One Hand Clapping (1998). For a better look at Melita, though, check out her mini-series resumé. In Bordertown (1995), Melita pulls out her poppers for some lucky, crusty old Aussie about 45 minutes in. The mini-series also contains a nice look at Cate Blanchett's bleach-blonde bush. That's two spews for the price of one yank.

3 Pics & 1 Clip
Nude, breasts She deftly doffs her top and exposes her touchable rib cushions to the old man.

Something in the Air - as Dr. Eva Petrovska