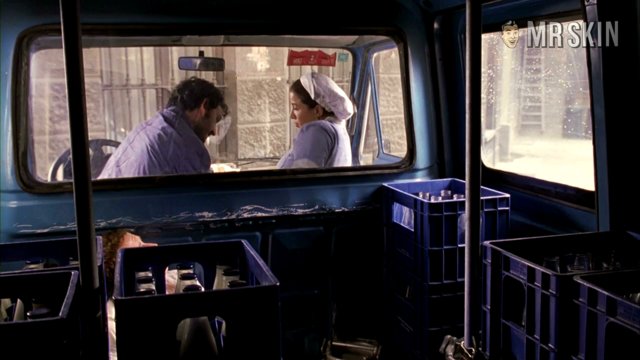 Heaven (2002)
Nude, breasts 01:04:32 Masha releases her mammaries from whence they came during some automobile banging...

Masha Sirago’s first movie role was playing a sexy woman in a milkvan in the 2002 crime and romance flick starring Cate Blanchett, Heaven.  In the scene the hot Italian honey is removing her clothes with her guy friend, the driver, and the two get into banging position. All this happens while Giovanni and Cate are in the backseat watching and listening on. It’s a great opportunity to get a quick catch of Masha’s mammaries. Other than this, Ms. Sirago appeared in the TV show Don Matteo in 2006 and the Italian flick Ma l’amore… si! (2006) from the same year. Hopefully this full bodied babe will come back to the screen, bringing her fine feminine features along with her someday, because although this sole scene is very pleasing, more breast baring is always better.

4 Pics & 1 Clip
Nude, breasts 01:04:32 Masha releases her mammaries from whence they came during some automobile banging...
Live Cams - View all