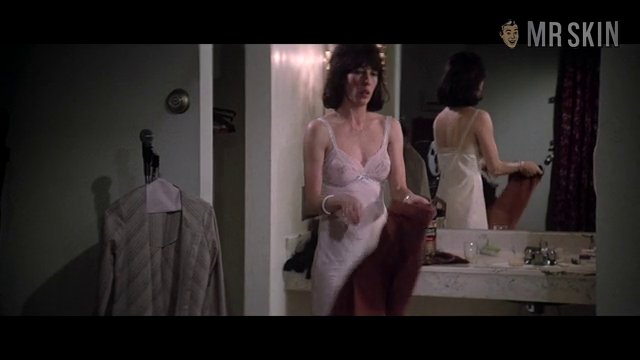 From her humorous characterizations of a rotten little girl in an oversized rocker to a squished-faced telephone operator, Lily Tomlin made America slap its funny bone as a regular on the '60s TV smash Laugh-In. Lanky, tall and dark-haired, Lily can meld her features into a variety of comic masks, some of which even inspired sexual attraction, if your cup of tea is of a bit different taste than the mainstream's heady brew. The Detroit native made her TV debut on The Garry Moore Show and graced the screen for the first time in Robert Altman's Nashville (1975), which is about as close to undressed (a none-too-revealing slip) that she's ever gotten onscreen. She went on to do more films such as The Late Show (1977), All of Me (1984) and Big Business (1988). She's returned to TV on Murphy Brown and as the President's secretary on The West Wing, but none of those shows offer any potential for Lily to give up her goodies. Nothing funny about that.

The Music Scene - as Regular