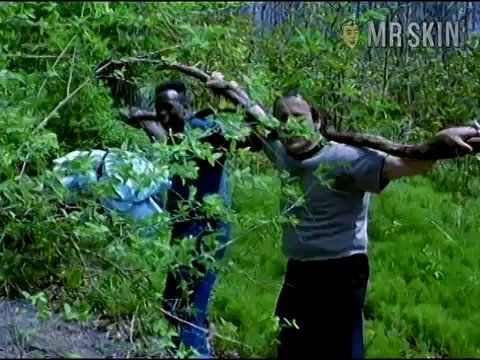 Talons of the Eagle (1992)
Sexy, underwear Kelly Gallant is skintastic in this sexy scene!

Kelly Gallant started training as a martial artist at a very young age, and not only is she now one of the highest ranked black belts fighters, she also had a minor film career in the early 90s. Her first movie was Talons of the Eagle (1992), in which she played the role of Tara. In one scene where two dudes are walking around in the woods, they both get a little wood of their own after they see a wet and barely dressed Kelly coming out from the water. She’s wearing a white top with nips poking out thanks to all the dampness. A year later she acted in the sci-fi movie TC 2000 (1993) and ended her showbiz career with the martial arts movie Superfights (1995). Nowadays she keeps occupied with her martial artistry, and probably still looks good doing it.