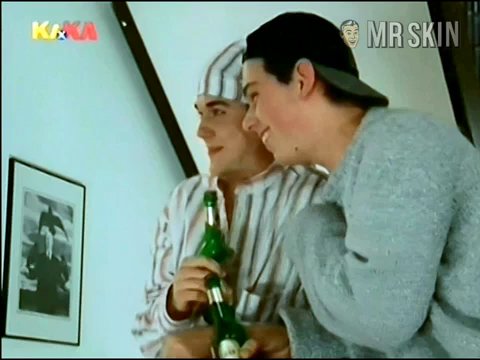 Gorgeous German gal Katrin Lippisch is another in a long line of actresses whose careers just didn't take off the way we hoped they would. Comely Katrin appeared on two German television series in the mid-90s before dropping out of the industry, but thankfully she left behind a sensational nude scene from her role on the series Mensch, Pia! Check out Katrin's casabas as she drops her dress down to let some naked dude check out her produce department! That is one excellent pair of eggplants! Too bad we didn't get another chance to see Katrin Lippisch in the buff, but those are some smashing pumpkins we won't soon forget!