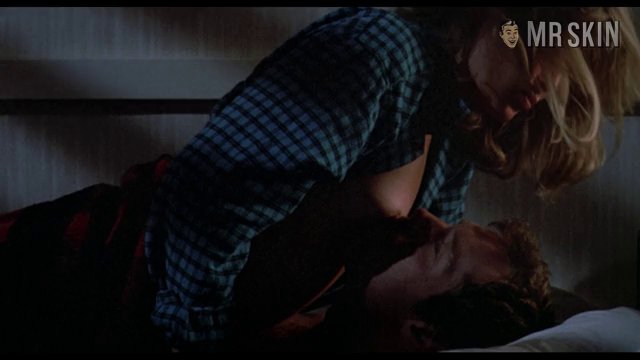 The blush of an Irish rose spreads upon the cheeks of fair-haired lady lovely Kate McNeil, a fetching crimson flush that has been her go-to stalwart since her big-screen debut in Beach House (1979) and had still not deserted the comely lassie in Escape Clause (1996). In the years between that pair of glowing career highlights, Kate's budding blush has reflected red and impassioned, rising as regular as the morning sun across TV horizons that include As the World Turns, WIOU, and Bodies of Evidence. The first evidence of Kate's pink-nippled body was uncovered in Monkey Shines (1988), and shine is what those monkeys do.

As the World Turns - as Karen Haines