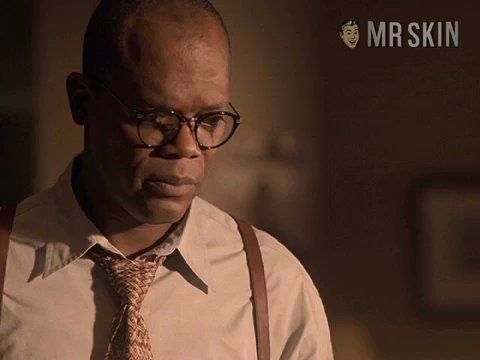 One Eight Seven (1997)
Nude, bush, breasts 00:53:00 Sam Jackson averts his eyes as Karina gets dressed. Her bush flash will make you Sam JackOFF. 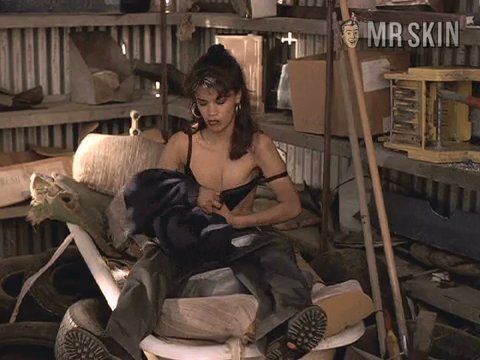 Karina Arroyave is a graduate of the famous LaGuardia High School of Music and the Arts in New York, where she honed her craft and blossomed into the dark beauty she is today. After a stint on Broadway, she left the footlights for the bright lights of Hollywood but was sidetracked by a long starring run on the hit soap As the World Turns, which filmed in New York. After several years on the tawdry treadmill of daytime TV, Karina headed to Hollywood, where she landed guest spots on various TV shows such as NYPD Blue, Law & Order, and Touched by an Angel. But it was her role as Jamie Farrell on Fox's smash 24 that made Karina a household name. As for being a Skin Central name, it was her scene in the crime drama One Eight Seven (1997). She's buck-ass naked on a couch, which for all you couch potatoes is fantasy made flesh. Karina doesn't show more than a side of yummy bum and her meaty breasts, so we'll just wait until she gets off that couch.

4 Pics & 2 Clips
Nude, bush, breasts 00:53:00 Sam Jackson averts his eyes as Karina gets dressed. Her bush flash will make you Sam JackOFF.
Nude, breasts 00:20:23 Karina aint' mean-a--she gives us a flash of rip nippage while changing her shirt behind the fence.

As the World Turns - as Bianca Marquez Walsh