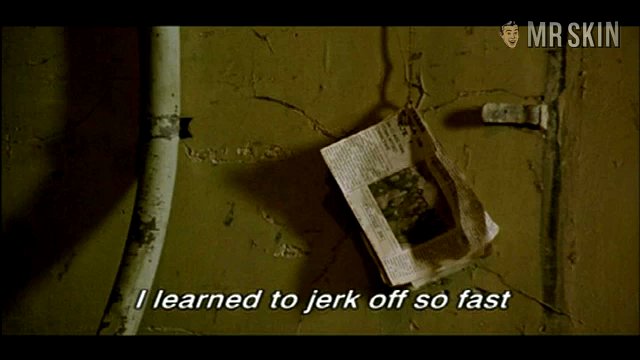 The only record of French actress Judith D’Aléazzo appearing in a movie was for the wedding comedy Un monde Presque paisible (2002), otherwise known as Almost Peaceful. She played the hilariously named Mme. Himmelfarb, and although her time in the limelight was short, she made sure to give us a good show. In one scene while the narrator is recounting his sordid masturbatory tales, an image of Judith sitting naked and knitting comes across the screen all too briefly. It’s a decent look at her funbags and side fanny as she sits on a stool. Later on there is also a little bit of upskirt underwear to be had from the brunette babe. While it would be nice to see more jug action coming from Judith, this scene will have to hold us over as Judith’s sole output.