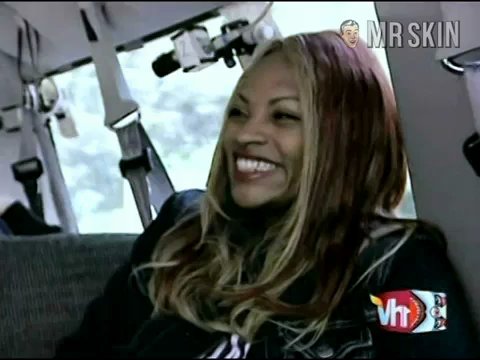 The Surreal Life (2003-2006)
Sexy, thong Ep. 05x04 The World's First Supermodel shows off her Superbuns when she hangs her thong-clad can out the van window. Is that a little bit of brown rimmage we see?

thong in car mooning butt flash out of window 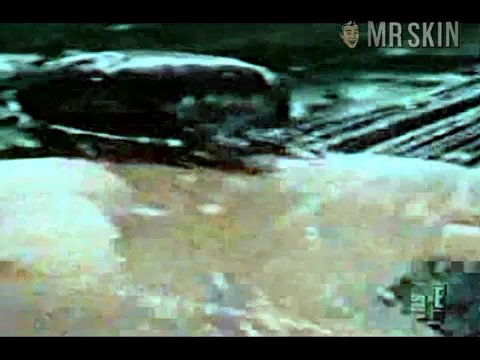 A towering, tart-tongued, dusky beauty of Polish/Belarusian descent, Janice Dickinson started twisting those mile-long limbs in front of the camera as a teenage model in California. Within a few years she became the self-described “world’s first supermodel,” appearing on a staggering thirty-seven Vogue covers and racking up an impressive laundry list of famous flames, including Warren Beatty, Jack Nicholson, and Sylvester Stallone. After two kids, a battle with drug and alcohol addition, and a few guest appearances on the boob tube, Janice surgically plumped up her own tubular boobs, an experience documented in her book Everything About Me is Fake . . . and I’m Perfect. No arguments here! The only thing bigger than Janice’s gravity-defying D-cuppage is her mouth, which she put to good use as a salty, sassy judge on America’s Next Top Model, in which she kept censors on their toes and fingers on the pause button with her eye-singeing array of flimsy fashions. Janice left the show for the greener pastures of The Surreal Life in 2005, where you can see her drop trou and hang her thonged tush out of a van window. She’s the world’s first supermooner!