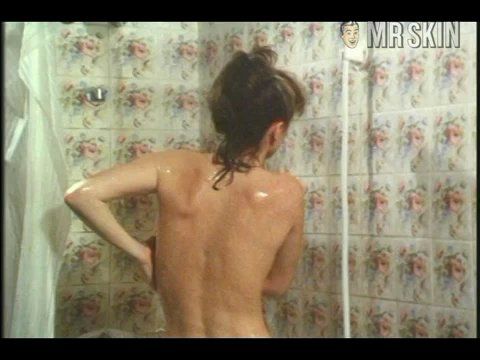 Gillie Beanz has the svelte, long and lean body of a dancer, which may explain why she was first cast as one of the Rainbow Rooms’ Dancers in G.B.H. (1983). This thriller from the UK is not for the squeamish, at least according to the movies tagline. There’s full-frontal nudity, though, so that’s good. But we prefer The Stabilizer (1984), which is sadly Gillie’s last appearance in the business we call show. It’s an action movie from Indonesia about the eponymous character who searches for a drug smuggler who killed his fiancee by kicking her with spiked shows. Nasty. Naughty is Gillie who shows her small wonders in the shower. A fine finale to a too-short career.