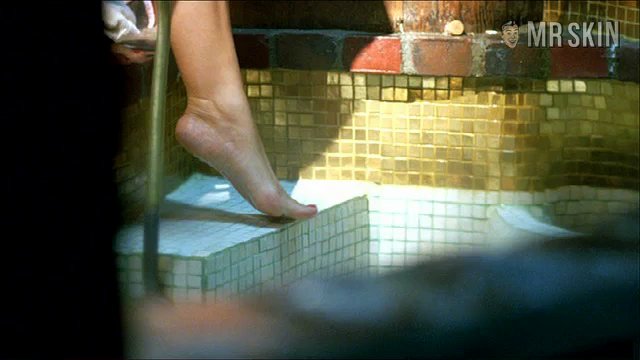 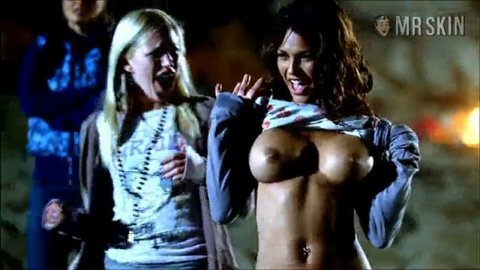 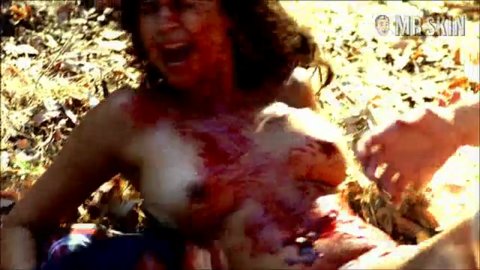 British/Australian model, actress, and TV personality Gabrielle Richens is our kind of girl. Born to parents of South African, Indian, British, and Chinese heritage, Gabrielle’s gene pool is an em-bare-ass-ment of riches (as her round rump attests), endowing her with a bronze complexion, almond-shaped eyes, grapefruit-sized knockers, and a pair of long legs leading up to one righteous rump. Gabrielle’s undeniable sex appeal almost ruined the career of her ex-boyfriend, Australian rugby star Solomon Haumono, who broke his contract with the Canterbury Bulldogs by following her to the UK. In the wake of this scandal, Gabrielle took the opportunity to explain what motivated Haumono’s actions by displaying her chest torpedoes and magnificent seat meat in the Aussie men’s magazines Black+White and Playboy. Her vibrant visage has appeared on a number of Australian TV shows, including Dancing with the Stars, and has made appearances on U.S. television in CSI and How I Met Your Mother. In 2007 Gabrielle once again unleashed her bronze bomber and her booteus maximus in the slasher flick Hack! Add a “w” to the title and you’ll get the word for what you’ll be doing when Ms. Richens shows boobs and butt getting bare and bubbly in the bath.

10 Pics & 3 Clips
Nude, butt 00:24:00 Rub-a-dub-dub, it's buns in the tub, as naked babe Gab slips down into the bubbles below.
Nude, breasts 00:28:00 Brunette Gab lifts her shirt to flash phony funbaggage at a party. Hack!? No, RACK!
Nude, breasts 00:41:00 Gab and her guy's heavy petting session in the woods goes awry when a maniac with a chainsaw shows up. Boobs, panties, and plenty of gore abound!

Celebrity Survivor - as Herself Kakula tribe