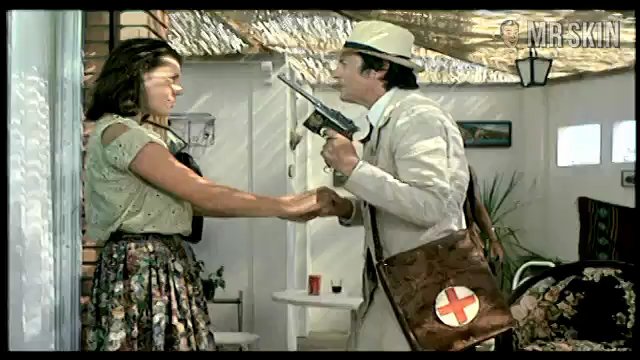 Françoise Michaud had only one shot to go for the skin and that was in the comedic thriller La Machine à découdre (1986). She had some stiff competition in Patricia Barzyk, Christelle Guelielhi, and Isabelle Strawa, but that only made the French brunette try harder to make viewers harder. That’s just what she did as a gun-toting bad guy tore off her skirt--and she wasn’t wearing any panties. Maybe she felt there was no need with all that fur down there!