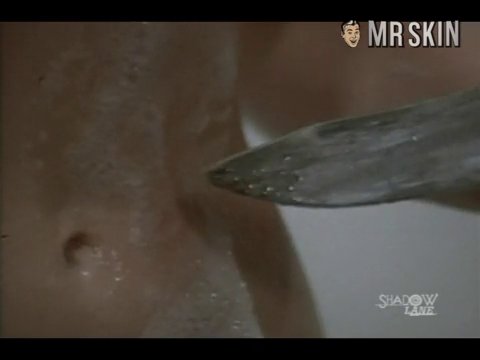 The Funhouse (1981)
Nude, breasts 00:05:00 Floppers flapping, she steps in the shower and gets assualted with a long appendage. OK, it's just a fake knife, but still. 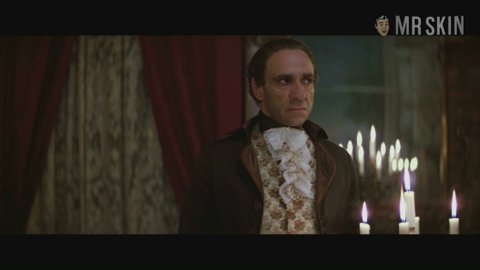 Amadeus (1984) Nude, breasts 01:07:02 Elizabeth bares her bra-busting boobs as she pulls her shirt off for crusty old F. Murray Abraham.

When the Party's Over (1992) Sexy, underwear Elizabeth Berridge is skintastic in this sexy scene! 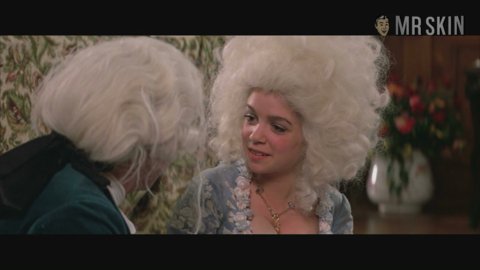 Elizabeth Berridge couldn't get arrested until she holstered her big guns as a frumpy, no-nonsense police officer on the one-time hit The John Larroquette Show. But underneath that very non-sexy uniform lies one hot mama. Since her acting debut in Natural Enemies (1979), Elizabeth has been one busy beaver. She has worked pretty much nonstop, landing a recurring role on the hit TV series Texas and roles in made-for-TV movies such as Silence of the Heart (1984). But it's her theatrical endeavors that make Elizabeth famous at Skin Central, like her supporting role in Amadeus (1984). In the Director's Cut, she scampers about in nothing but a powdered wig and skirt, with her huge hooters beating her chest like kettledrums. Rock me, Amadeus! That wasn't the first time she pulled out her funbags. Check out The Funhouse (1981) for an eyeful of Elizabeth's oversized talents. She's been relatively quiet as of late, her biggest role being an uncredited Hooter in Bar from Payback (1999). To Mr. Skin, though, that's a step in the right direction.

2 Pics & 2 Clips
Nude, breasts 00:05:00 Floppers flapping, she steps in the shower and gets assualted with a long appendage. OK, it's just a fake knife, but still.
Nude, breasts 00:43:00 Ah, young love. Popping up from a makeout session, Liz's leftie is flashed fast before she stuffs it back into her bra.

The Powers That Be - as Charlotte