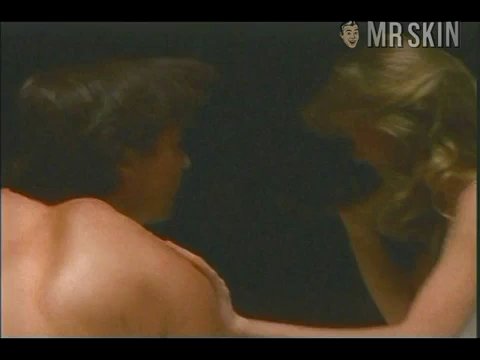 A former fashion model, Denice D. Lewis took her five-foot-eight-inch, 34B-24-34 frame into film. It was an exploration that would have made her ancestor Meriwether Lewis, of Lewis & Clark fame, very happy. Not because he loved the unknown; he was a man and men love skin, which Denice briefly showed in an episode of Red Shoe Diaries called “Love at First Sight.” She’s seen topless in bed with her man while another woman films and then gets in on the action. Ironically Denice’s middle initial may be D., but she’s a B-cup, who in 1992 went under the knife to round out her “time and weight loss” and upgrade to a 34C-24-35.

1 Pic & 1 Clip
Nude, breasts Ep. 02x10 Breasts in bed with a guy as another chick tapes them, then takes over sex-wise.
Live Cams - View all