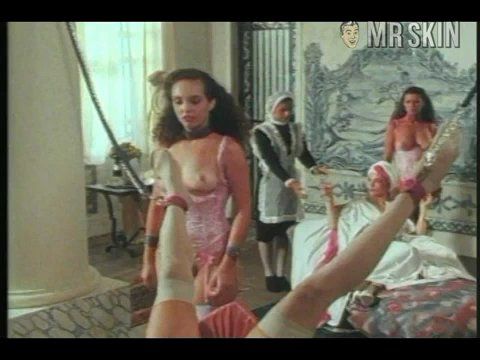 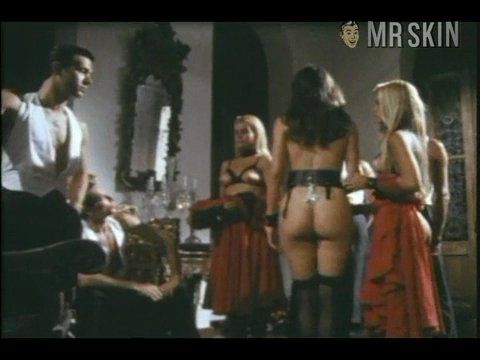 Story of O, the Series Nude, breasts, butt, bush Ep. 01x02 Brunette Claudia sits in a chair while receiving instructions. We see breasts and bush, then buns as she's tended to by two blonde maidens in kinky get-ups that show all three B's. 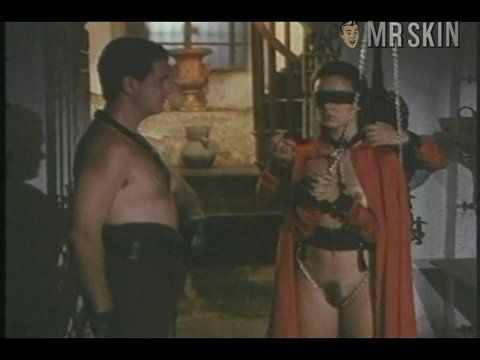 Story of O, the Series Nude, breasts, butt, bush Ep. 01x03 Some breasts, lots of bush as she's chanined up and blindfolded while a guy looms next to her menacingly. Partial ass-crack when her red cape is removed. 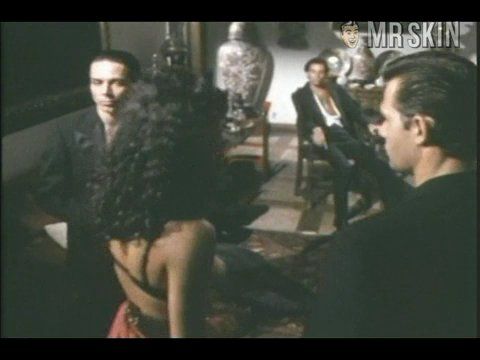 Story of O, the Series Nude, breasts, butt, bush Ep. 01x01 Long, great full frontal as she's tied to a pillar in a kinky parlor. Strange men get ready to whip her and semi-nude maids bring the equipment. Some butt as she gets turned around. Awesome!
+17
More Pics &
Clips >>

Brown-eyed beauty Claudia Cepeda enjoyed a brief but skintastic career via Brazilian productions. After appearing as a “girl in the car” in the biopic Prisoner of Rio (1988), the alluring ingénue scored a more substantial part on television with the short-lived series Pacto de Sangue (1989). It didn’t take long for the sultry starlet to return to the big screen, this time as the leading lady in the adventure flick Manobra Radical (1991). The busty brunette bounced back to the boob-tube in 1992 with the salacious miniseries The Story of O: Passion’s Slave—also known as A História de O and Story of O, the Series. Regardless of the title, the tale is titillating! Based on an erotica novel, the arousing adaptation focuses on a fashion photographer who falls in love with a dude who submits her into a secret society of S&M culture. As O, Claudia reveals her private parts and penchant for kink. The naked babe is tied to a pillar where she bares her breasts, bush and bum as she awaits a whipping. Later, the sexy star dons a red cape, blindfold and chains while a menacing man eyeballs her mams and muff. Open-minded (and open-legged), the dominated doll eventually switches teams when she gets undone by the undressed Gabriela Alves. Yet she’s back in the saddle, so to speak, when she’s with men near the saga’s end. After that, it’s hard to know what happened to the character. Or to Claudia, for that matter, since audiences haven’t seen her since.