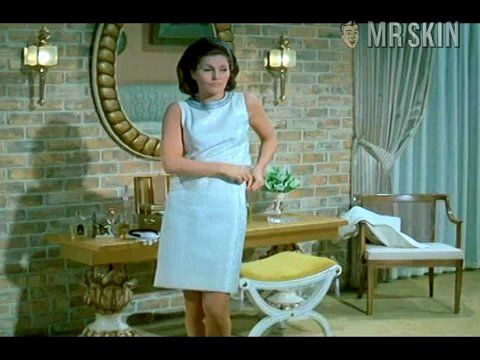 A Guide for the Married Man (1967)
Sexy, underwear Claire Kelly is skintastic in this sexy scene!

Claire Kelly is a brunette beauty who wowed Hollywood for over two decades. She began her career in the ’50s and appeared in such classics of the ’60s as The Loved One (1965) and The Monkees. But it was in the PG-rated comedy A Guide for the Married Man (1967), directed by famous hoofer Gene Kelly, that Kelly came closest to the skin-o-sphere. Only Inger Stevens actually shows skin in the movie, but Claire does look fetching in her bikini and even more so when she strips down to her black bra and panties. Claire’s last credit was in Straight on Till Morning (1972), which is tragic. She never got naked!