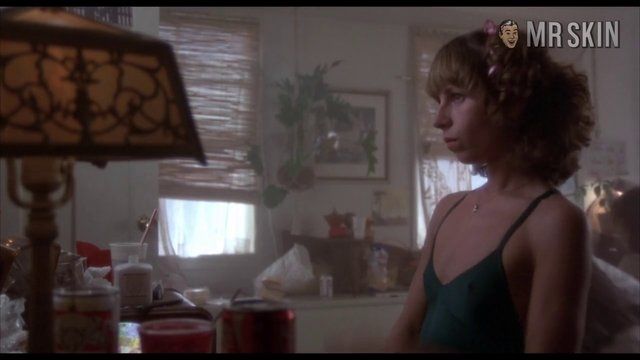 Actress and rockstar Cherie Currie holds a special place in Mr. Skin's rock-n-roll heart. The mulleted minx with platinum blond hair rose to stardom when she was only a teenager as the vocalist in the band The Runaways with other hotties Joan Jett and Lita Ford. She eventually left the group to pursue her acting career in films like Parasite (1982), Wavelength (1982), Murder, She Wrote (1984), and Matlock (1986). She still works in Hollywood sometimes and runs a killer art gallery, but Mr. Skin will never forget her fine performance in Foxes (1980). She gets dressed with a bunch of other beauties in a dressing room, wearing only her panties and a camisole that shows off a lot of skin. She bends over to give a glimpse of her cleavage, proving that Cherie absolutely is a fox!