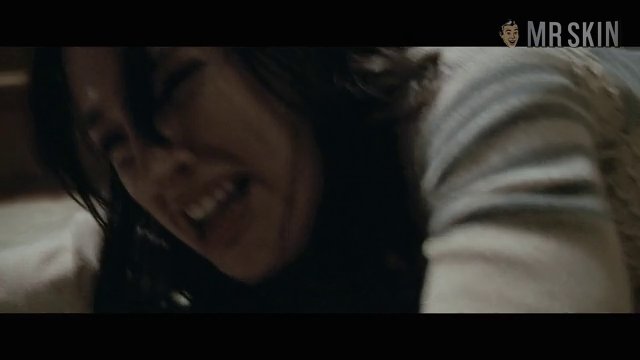 The beautiful brunette Brooke Stacy Mills was born in 1967, but you'd never know it to look at her today! She's still got that certain something that knocks your socks off, particularly considering she's been acting for over 25 years! Brooke made her screen debut in the cult classic Hairspray (1988) and the following year, she landed a recurring role the long-running soap opera As The World Turns, which led to her getting a number of one-off roles on such hit series as Doogie Howser, M.D., Married... With Children, and Charles in Charge. Brooke took a lengthy hiatus between 1995 and 2009, but she's back now with a vengeance, appearing in such films as The Other Woman (2014), Do No Harm (2012), and Law Abiding Citizen (2009), which also brought us her sexiest role to date! Brooke has her panties revealed as a guy tries to assault her, and it's a brutal scene, but just remember, it's all make believe! Try and enjoy it!