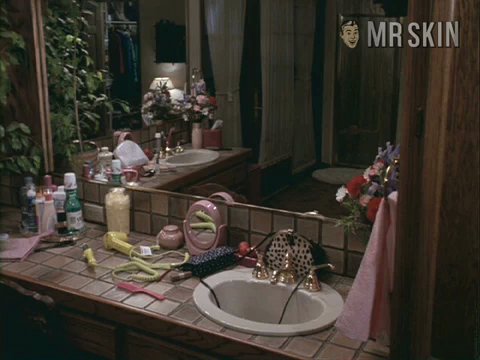 Can't Buy Me Love (1987)
Sexy Amanda Peterson is skintastic in this sexy scene!

Amanda Peterson was a regular fixture on the fantasy list of every young man who had cable back in the ’80s, thanks to her role as a popular girl rented by the class nerd in the cable mainstay Can't Buy Me Love (1987). Amanda couldn’t grow up quick enough, but our patience was awarded when those massive breasts were revealed during her love scene in The Lawless Land (1988). Amanda never broke through past her original teen audience, though, and retired to live as a happy housewife off in the suburbs. But she left us with the inspiring Posing: Inspired by Three Real Stories (1991), a.k.a. I Posed for Playboy, in which she played one of three women making the decision to, yep, pose for Playboy. She seemed to have a topless scene the next year, in the straight to video thriller Fatal Charm (1992), but alas, the nudity was the work of a comely body double. Sadly, Amanda left us way too soon, she passed away in her Colorado home at age 43.

A Year In the Life - as Sunny Sisk