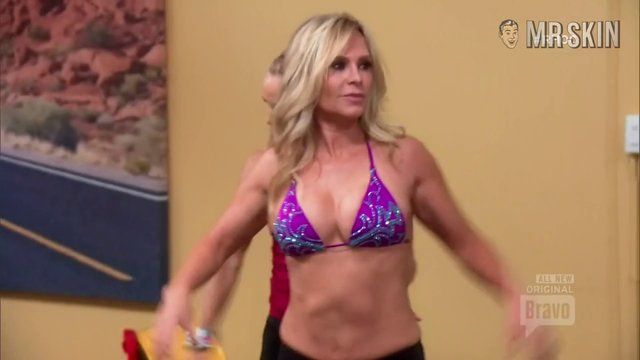 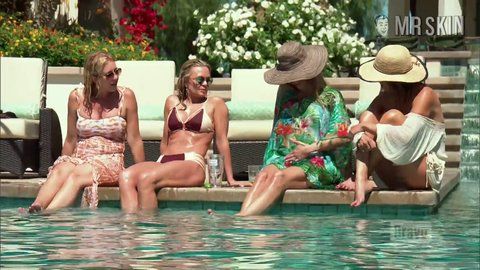 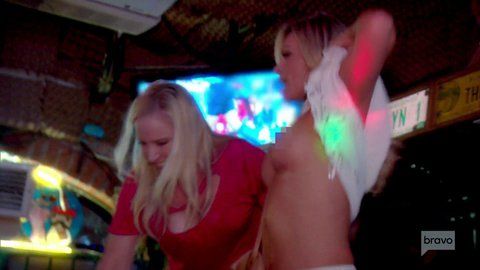 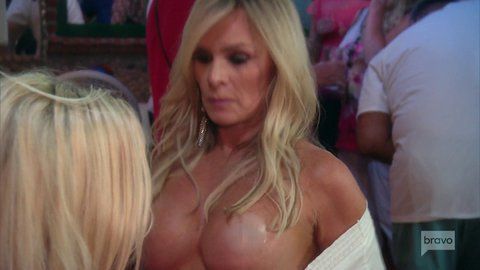 Botox bombshell Tamra Barney has been a Real Housewife of Orange County since the beginning....with one minor technicality. This "housewife" is now on the market, having been divorced from ex-husband Simon Barney since 2010. Fans of the Real Housewives love to hate "mean girl" Tamra, whose ongoing catfight with castmate Gretchen Rossi is legendary for its ferocity. Rowr! Tamra's on the up and up in the sixth season of Housewives, moving into her own divorcee digs and hanging out with gal pal Fernanda Rocha. But scandal is never far behind Tamra, and rumors are flying that she and bisexual Brazilian Fernanda are more breast friends than best friends. Also on the up and up this season are male fans, who got a peek at Tamra's California oranges when she let a nip slip in the (televised) bath. Mr. Skin would love to give Tamra's farm-fresh pair a squeeze!

35 Pics & 23 Clips
Nude, bikini, breasts Ep. 13x13 | 00:35:06 The ladies do the old Tarzan routine, with Kelly quickly slipping a nip and Tamra flashing her (blurred out) breasts!
Nude, butt, underwear Ep. 13x03 | 00:24:35 Tamra is totally nude in the hot tub when Shannon comes out to yell at her. Tamra steps out, pixelated all over, and slips on the floor. After a while, Tamra goes back to the hot tub and is joined by Shannon.
Live Cams - View all