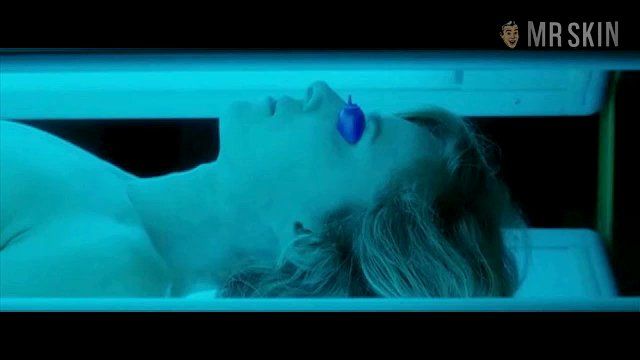 Borderline (2011)
Nude, breasts Pascale toasts her right tit in the tanning machine before being interrupted by a dude.

French fox Pascale Arbillot is as brilliant as she is beautiful. A graduate of the prestigious Institute of Political Science, Pascale began her career as a high-powered attorney before quitting to pursue her dream of becoming an actress. And it's a good thing she did, too, because in her twenty-year career Pascale's sexy performances in films like Crimes in serie (1998), En quete d'identite (1998), Un amie en or (2003), Merci, les enfants vont bien (2005), and Un soupçon d'innocence (2010) have given male fans a lot to file in their briefs. But if you really want to bang your gavel, check out her topless twosome in Un printemps à Paris (2006), where she bares boobs in the bath, and Borderline (2011), where she toasts her tits in a tanning bed. She's so hot, it's criminal!

1 Pic & 1 Clip
Nude, breasts Pascale toasts her right tit in the tanning machine before being interrupted by a dude.