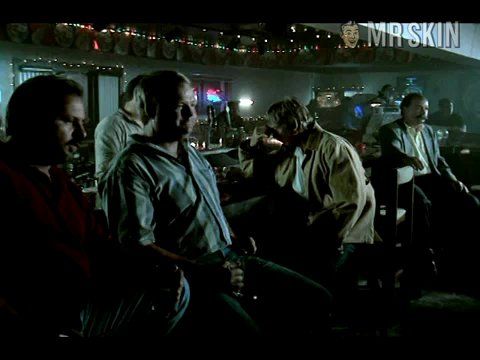 USA born actress Natalie McCollough has only one film credit to her name, but what a tantalizing performance it was. In the film The Last Marshal (1999) she plays the role of a lap dancer and shows up donning nothing but a bikini throughout her entire screen presence. This busty fake breasted blonde comes onto the screen strutting through a bar to tease one elderly patron. She rubs herself up and down the guy with her boobs exposed and licking her lips constantly, before being brushed off by another woman who unfortunately happens to be clothed. And after this brief clip, Natalie hasn’t been heard from in the film world for the decade plus since this release. Too bad, because Hollywood could always use more big boobed blondes to bare themselves on screen.