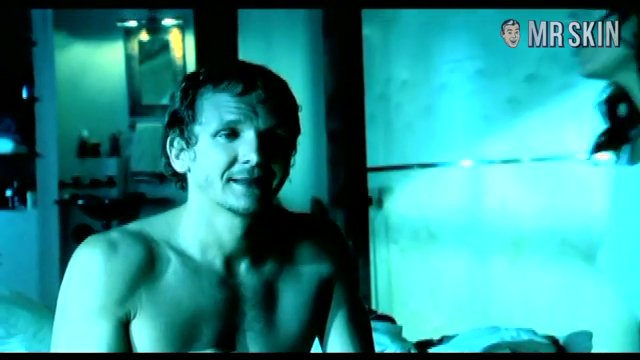 Leilene Onrade broke into the acting world with small role in the KISS rock movie Detroit Rock City (1999). She went on to appear on WWF Raw and as Smiley on the reality show Flavor of Love (2006). We get a taste of Leilene’s love mounds when she plays backup to a little post-sex dressing and smoking in Odyssey 5 (2002-2005). As a couple finishes up with a roll in the hay he smokes a cig while she gets dressed. In the background the TV is on showing a porn flick that features Leilene getting stripped down, showing off her heavy knockers then getting tied up and whipped. It’s a topless girl watching a topless girl whip another topless girl kind of situation that will have you visiting Detroit Rod City!