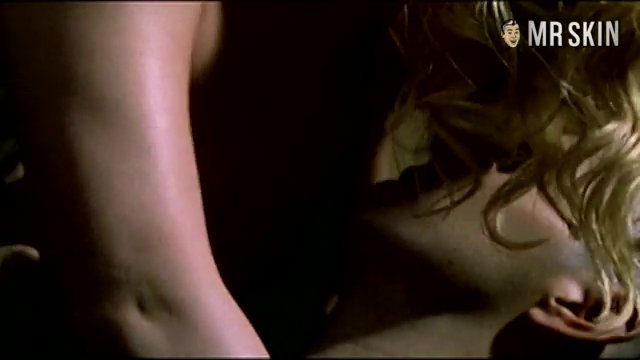 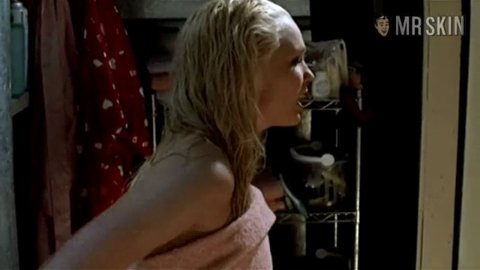 K.C. Powe burst onto the Straight-to-Video Skinematic Scene in 2000 with a bit part in the Treat Williams/Angie Everhart snooze-fest that is The Substitute 4: Failure Is Not an Option. So much for that sentiment…In spite of the film’s less-than-overall-entertaining values, K.C. made the few scenes in which she appeared, worth watching, namely because she was naked. Sure, most people would be sure to tune into Substitute 4 for a glimpse of the often-bare-breasted Everhart but we have to say, K.C. held her own against the supermodel, showing off her delightful backside and perky, all-natural tits not once but twice; first while getting dressed and later getting her dirty groove thing on with one of the Skinhead cadets who populate the movie. Maybe that’s why her character’s name in the movie is “Slimy…” We didn’t quite see it that way, though… K.C. is a beautiful young lady. Hopefully, in her future pursuits, she’ll be able to display her acting chops as well as her spectacular body.