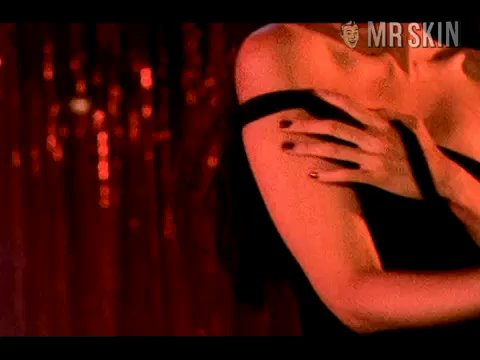 Born in Singapore in 1971, Joanne Choo is a successful model who has only dabbled in acting one time. She has carved out quite a career for herself in her native Singapore by modeling and posing for pictorial spreads, most of which have an air of chasteness to them despite being quite scintillatingly sexy! Her only foray into mainstream acting up until this point was in the film Passion's Obsession (2000) where she played Stripper #2 alongside Susan Hale as Stripper #1, but once you get a load of Joanne's juicy body, she'll be #1 in your book! Joanne drops trough and strips completely nude, dancing while bathed in red light and showing off her full frontal fun bags and fur as well as her fanny! The cameraman goes a little nutty with dutch angles, so you may end up seeing more if you just focus on the screen caps! Either way Joanne Choo will make you spew!