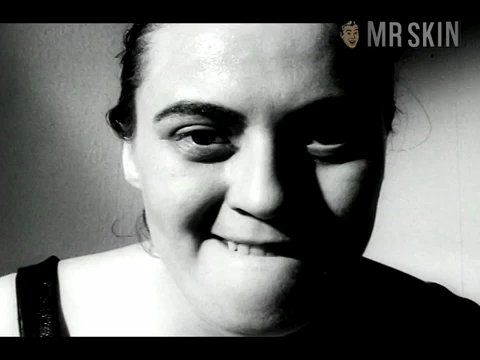 Eve Laurie belongs to a not-so-exclusive club known as the one-hoot wonders! This bodacious babe bared her bod in one film, and then disappeared to the sands of time. Thankfully she left behind a spank-worthy legacy that you can enjoy again and again, thanks to her role in the film She Mob (1968)! Eve played "Baby, Shim's girlfriend" in this early exploitation flick, and she had no problem baring her mountainous mams and mouthwatering moneymaker in the film! Check out Eve's bedtime romp as she bares those large lactoids and delicious derriere for your stroking pleasure! Just don't stare too long, we wouldn't want Eve Laurie to make your eyes blurry!