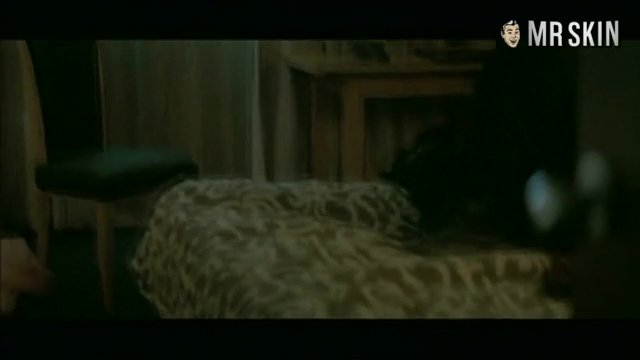 Happily Ever After (2004)
Nude, breasts 00:06:00 See her North Carolinas when her bra gets whipped off for some motel room sexing.

Buxom blonde Swedish actress and model Carolina Gynning first tasted fame as the winner of the 2004 series of the Swedish version of Big Brother. The next year Carolina wrote an autobiography en-tit-led Ego Girl detailing her entrance into the world of professional modeling at age seventeen and her subsequent descent into kinky sex and drug addiction. After winning Big Brother, Carolina returned to TV as the hostess of the talk show Förkväll and hosted the 2007 season of Sweden’s Pop Idol. She also removed her breast implants in 2007 and sold them on eBay for charity. In the French comedic drama Happily Ever After (2004), you can get a brief glimpse of her surgically enhanced sacks as she gets banged up against a wall by some lucky frog. He must be an amateur Gynn-ocologist!

4 Pics & 1 Clip
Nude, breasts 00:06:00 See her North Carolinas when her bra gets whipped off for some motel room sexing.
Live Cams - View all