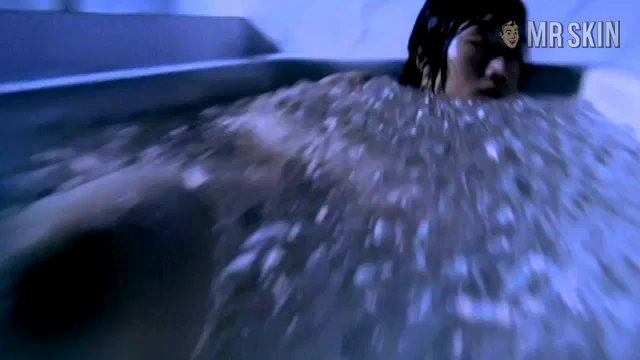 It’s fitting that the last name of Hong Kong hottie April Tung is a homophone for the English word “tongue”, since yours is likely to hit the floor after you get a look at her tasty teats and tushy. April’s first role was Casino Tycoon (1992), directed by Jing Wong, the man behind - by an Angel 4: The - Union (1999) and I'm Your Birthday Cake! (1995). In 2004 April really got the chance to show what she could do when she took the small but crucially skin-portant role of the naked woman who wakes up in a tub of ice to find her kidneys stolen in Koma. Be warned, after watching Koma, you may discover that the sight of April’s apples will steal the contents of your testicles.

9 Pics & 1 Clip
Nude, breasts, butt 00:04:00 April gets out of an icy tub to find that her kidneys have been stolen. If I had a dime for every time that happened to me . . . oh well, at least they didn't still her bared boobage and butt!
Live Cams - View all