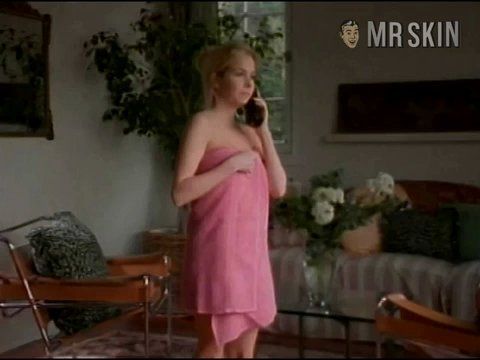 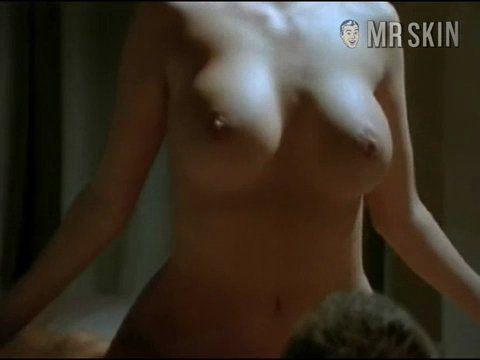 We wish Angela Grant would have chosen to persue a great career in cinema and perhaps try to give some of the better actresses a run for their money, say Meryl Streep? On the other hand, perhaps Meryl would consider getting a boob job and maybe doing B movies to give Angela and her friends a little run for their pittance? Angela is a beautiful young lady packed with many talents. Two of those enormous talents are generally hiding under her halter tops. She is so far one-for-one in the “nudity in film department.” That is near our preferred ratio, here at Skin Central, two for two being closer still, then three for three… you get the idea? Angela’s debut performance, in 2000’s Bare Deception, features a tantalizing topless scene or two, plus a nice full-frontal shot, all more than enough to make your pants tent. We wondered why we haven’t seen Angela in anything else until she contacted us recently and told us she’s given up acting (Boo Hiss!) and now dedicates her time to playing in two all female Los Angeles area cover bands: Cockpit and Booby Trap! Angela’s other talents are featured in the musical realm but we still hope we haven’t seen the last of her Skintastic blessings!

2 Pics & 2 Clips
Nude, breasts, bush 00:12:00 The gorgeous Ms. Grant delivers some full-frontal splendor as she drops her towel for a radio show phone conversation. Yummy!
Nude, breasts, butt, bush 00:15:00 First we get those bodacious breasts, then some total nuditude as Angela services her man.