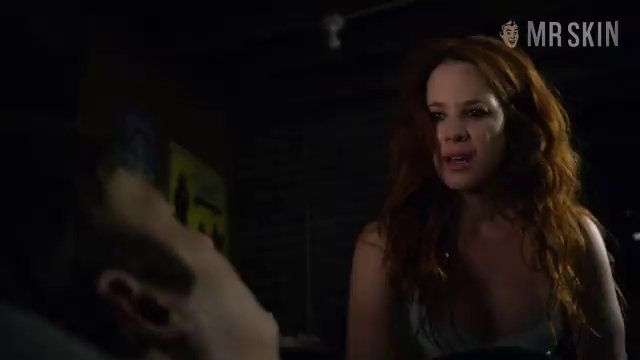 Amy Davidson grew up dancing. She put on annual shows in her native Phoenix, Arizona, until an acting coach told her to, "Go west young mam." The petite, five-foot-tall, redheaded honey followed her dreams to Tinseltown, where she really shined. Her first professional job was as a "Ticket Girl" in the movie Teenage Tupelo (1995), and Hollywood has since proven quite the hot ticket for this girlish beauty. Amy landed a role in the TV movie The Truth About Jane. But the truth about Amy is that she was headed for bigger and better things. While the cutie pie has never shown her sugar pie, she's still just at the embryonic stage of her career. That career has hit its zenith with the comedy hit 8 Simple Rules for Dating My Teenage Daughter. Even after its star John Ritter tragically passed on in the midst of the season, producers wisely chose to carry on. With Amy still in the cast, Mr. Skin will be watching . . . with one hand on the battery-powered remote and the other on the flesh remote.

So Little Time - as Cammie Morton