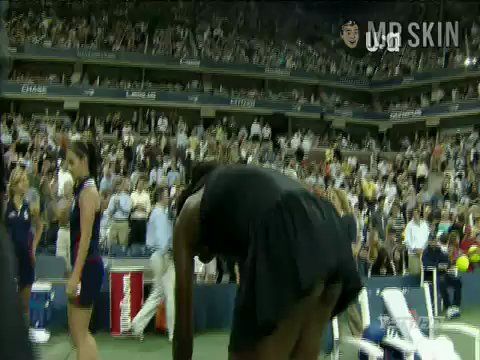 2008 U.S. Open
Sexy, underwear Nothing like that Williams rump, and Venus looks out of this world showing hers off in tight undies as she bends over after a match, giving us an upskirt view. 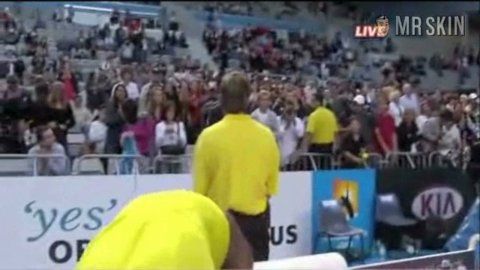 Six-foot-one-inch tall black beauty Venus Williams is one half of a nearly unstoppable tennis-playing pair with sibling Serena Williams, whom she finally beat in the 2005 Nasdaq-100 Open, breaking a six-match and three-and-a-half-year losing streak with her younger sister. But why be so competitive; there's enough of both of you to love. The Lynwood, California, native is best known for her performance on the tennis court, but she's proven just as valuable a player onscreen, making guest appearances as herself on The Simpsons, Mad TV, and Punk'd. But it is on the ABC reality program Venus & Serena: For Real that she's really got game. In an episode entitled "Sibling Rivalry," Venus shows off her dangerous curves in a swimsuit poolside. There's a dog that's sent into a frenzy over her revealing photo shoot. We can relate.