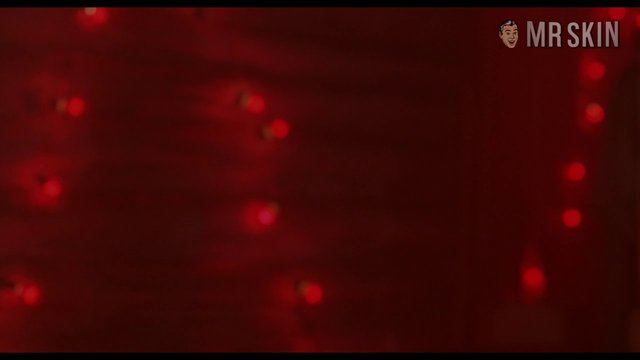 Twin Peaks: Fire Walk with Me (1992)
Nude, breasts 01:22:00 Shirtless Sheryl as she stops naked-nerped Moira Kelly from making out with some masher in a bar.

Remember the early '90s? Those were strange days when a TV drama by David Lynch called Twin Peaks was an international sensation. Twin Peaks: Fire Walk with Me (1992) is the prequel to that mysterious series. Instead of "Who killed Laura Palmer?" as the main impetus of the plot, here it's "When is Laura getting naked?" Answer: a lot. Laura, played by Sheryl Lee, and nobody does it like Sheryl Lee, shows off her boobs in half a dozen scenes. But she's not alone. Moira Kelly, a self-professed "deeply religious" person, must worship at the alter of nudity, as she flashes her divine pair here. And Anne Gaybis may be old enough to be either one’s mother--she first exposed her hidden talents in the sexploitation classic Wham Bam Thank You Spaceman (1975)--but she proves you're never too old to go-go dance topless.

Nude - as Dancer on Stage