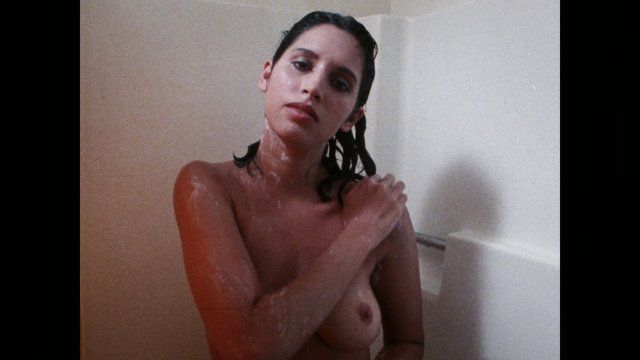 It seems that all through showbiz history, and especially in the advent of nudity in movies, some actresses’ careers only last for one film. One such example of this is Tressa Zannino, who, luckily, in her sole movie role was able to unload on us some nudity. In the film Psychos in Love (1987), a movie about a strip club owner and a manicurist going on a killing rampage, she gives us a glimpse of her giant gazongas in a shower scene, all while staring seductively at the camera. Tressa plays a hooker in the movie, but seems to limit herself to only exposing some skin in this scene, and in this movie. So get a good glimpse, because it’s probably the only time you’ll see Zannino’s zesty chest again.