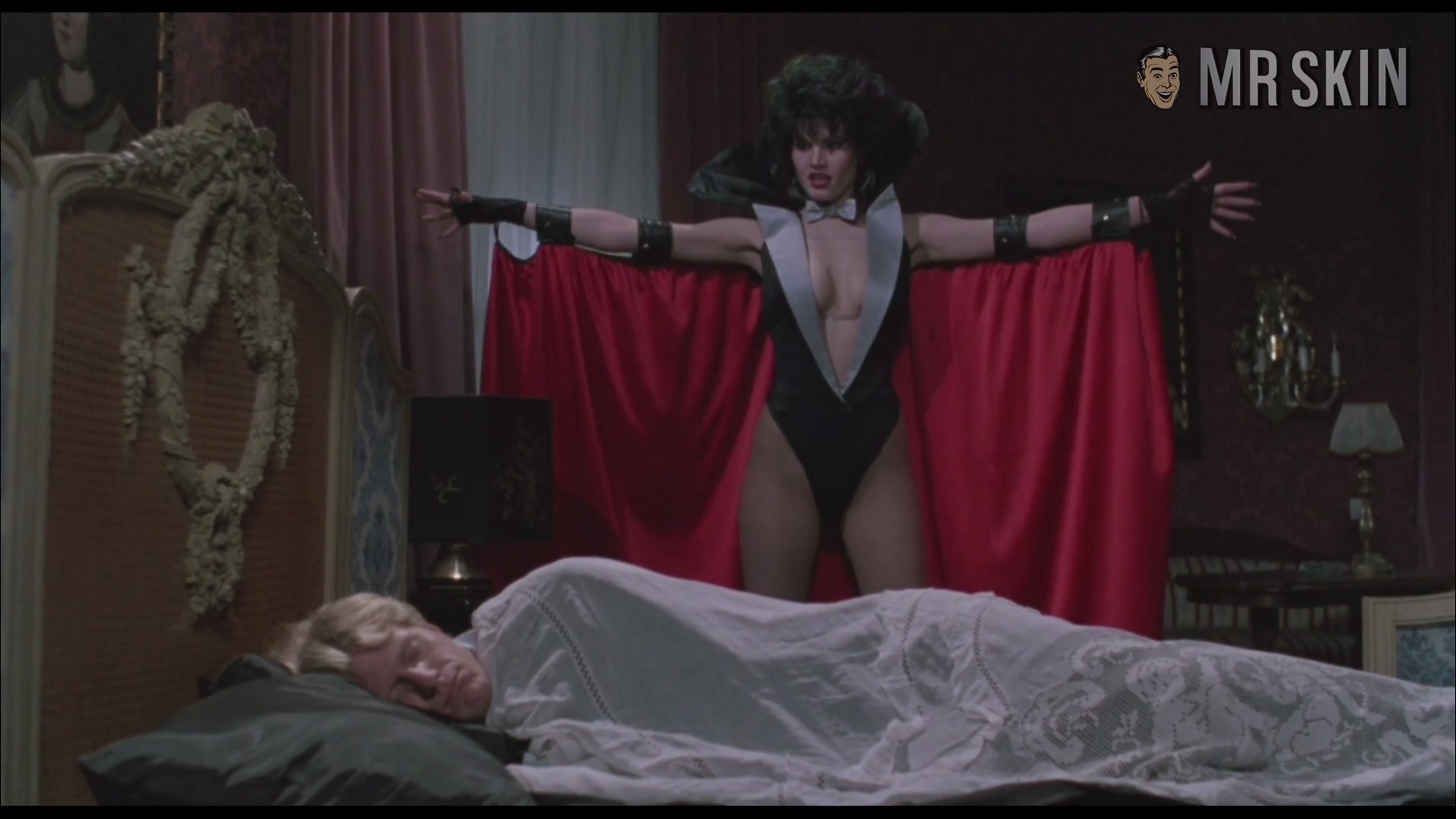 The horror comedy Transylvania 6-5000 (1985) stars Jeff Goldblum and Ed Begley Jr. as tabloid reporters Jack Harrison and Gill Turner, who are sent by their paper, The Sensation, to investigate reports that the Frankenstein monster is living in Transylvania. After their first impression that Transylvania is “cute,” Jack and Gill soon run into a bevy of classic movie monsters including a wolfman, a mummy, a sex-crazed female vampire (Geena Davis), some hunchbacks, a mad scientist, a gypsy, and a hot American tourist (Teresa Ganzel). There’s no nudity here, but we do get to see Geena’s generous cleavage as she tries to seduce Ed Begley Jr. Come on Geena, take us to Mam-sylvania.