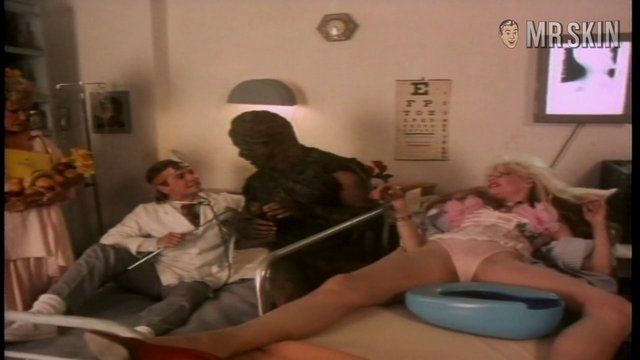 Having wrapped up the initial storyline from The Toxic Avenger, Part II (1989), Toxie now finds himself with too much time on his misshapen hands in The Toxic Avenger Part III: The Last Temptation of Toxie (1989). So he does what any good American would do and joins on with a huge corporation. Too bad that he chooses a conglomerate of evil. In fact, it’s the same conglomerate that screwed him over in the first sequel. Toxie becomes a yuppie and has to eventually regain his rightful role as a superhero. He’s got good motivation, too, since his loyal blind girlfriend Phoebe Legere is the kind of lady who only drops her top for the good guys.