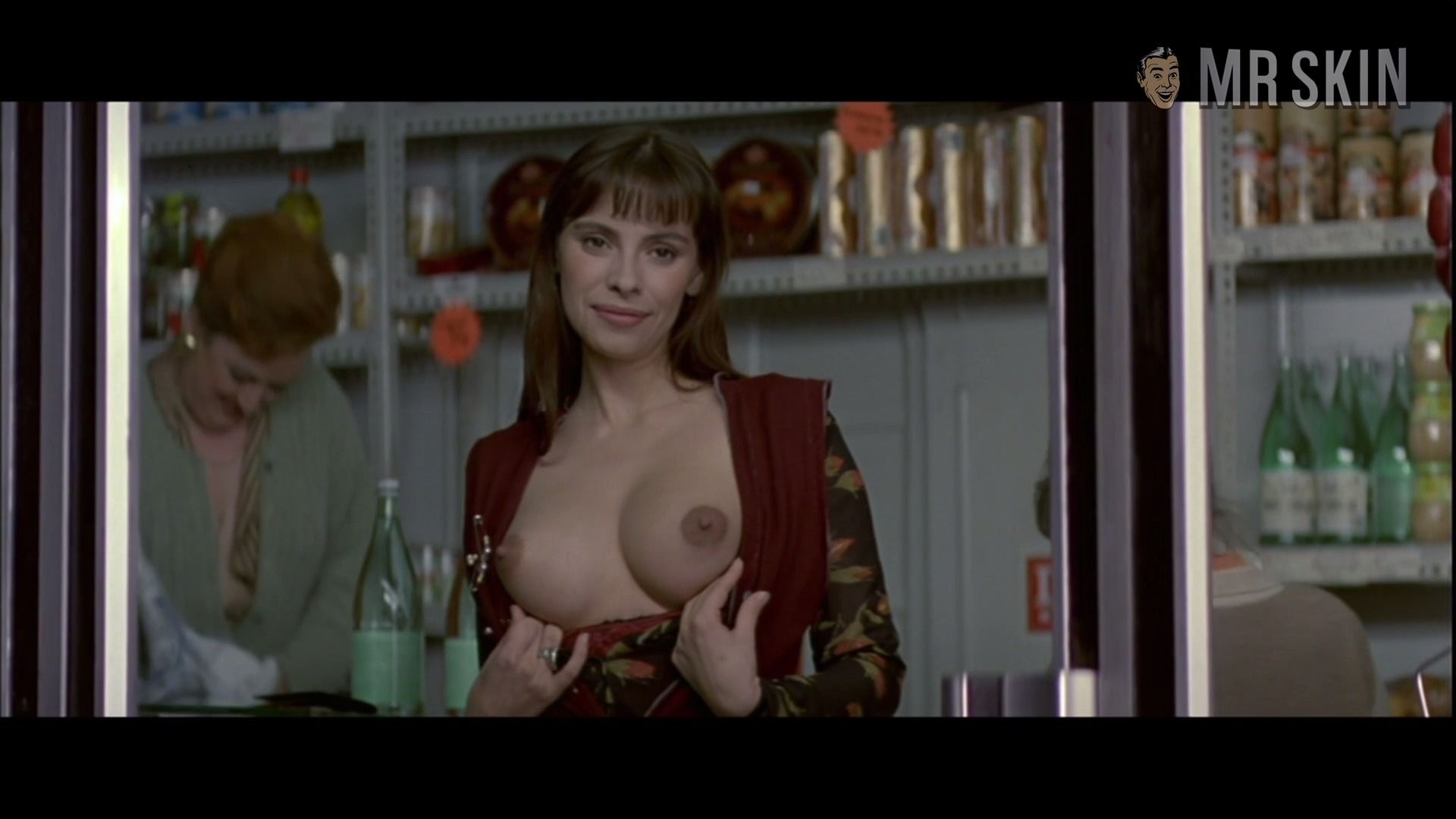 The Tit and the Moon (1994)
Nude, breasts 00:20:30 She bares her wondrous whoppers amidst a slew of other women who also bust out theirs to flash a kid during his dream. Udderly stupendous!!!

There's a bit of misleading advertising in the title of The Tit and the Moon (1995). While there are plenty of milk jugs (literally, but more on that later) exposed, no one flashes the promised fanny. Still, there's nothing wrong with a fine sampling of boobage. The plot focuses on a boy who is distraught when he discovers his younger brother getting breastfed by mama, Laura Mañá. He wants titty and finds a willing donor in Mathilda May, who plays a ballerina with the biggest hooters ever seen on a dancer who doesn't partner with a pole. Soon she's letting him suckle, and eventually he even gets to share mom's teat. Everyone's happy. And viewer's who enjoy watching lactating woman will be slaphappy!