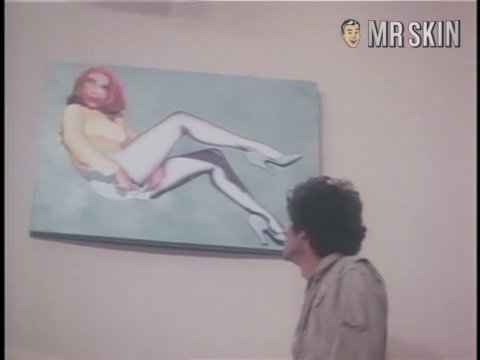 The Second Coming of Suzanne (1974)
Nude, breasts 00:27:39 Blonde goddess Sondra romps with a Jeff Goldblum-looking guy and shows us her breasts in bed.

Willowy blonde and frequent Clint Eastwood co-star Sondra Locke takes on the title role in the arthouse curiosity The Second Coming of Suzanne (1974). She figures as the centerpiece of a love quadrangle, surrounded by three very '70s types who are obsessed with her: a conservative TV commentator (Gene Barry) tantalized by Suzanne's hippie-dippie way of life; a sensitive artist (Paul Sand) who thinks he's found his muse; and a hyper-ambitious filmmaker (Jared Martin) who believes Suzanne is the modern incarnation of Jesus Christ and wants to make a movie of her crucifixion. Throw in Richard Dreyfus as an accountant named Clavius, and the end results become—to put it in the vernacular of the time—far-fuckin'-out, man!