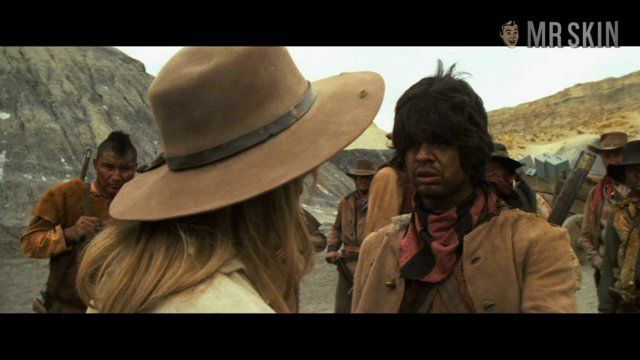 The Outlaw Josey Wales (1976)
Nude, breasts, butt 01:19:35 A ragtag band of baddies tear off Sondra's clothes and expose her lefty and latter end before Clint shows up to put an end to the monkeyshine.

interrupted clothes ripped off on ground

Clint Eastwood stars as the title character in The Outlaw Josey Wales (1976), a dusty western flick set during the conclusion of the Civil War, chronicling Josey’s journey to exact revenge on Terrill (Bill McKinney) and his band of pro-Union supporters that murder his wife and son. When the vengeful Confederate refuses to peacefully surrender to a pack of Union soldiers, Josey is labeled an outlaw, and he’s aggressively pursued by Terrill and a bunch of bounty hunters. The lone outlaw joins forces with a trio of travelers on their trip to a ghost town ranch, eventually leading to romance and a bullet-flying finale. The Wild West brings out the best of Sondra Locke when she shows a wild breast and her pale rider in a raucous scene. Mr. Skin would love to pick Sondra’s Locke!