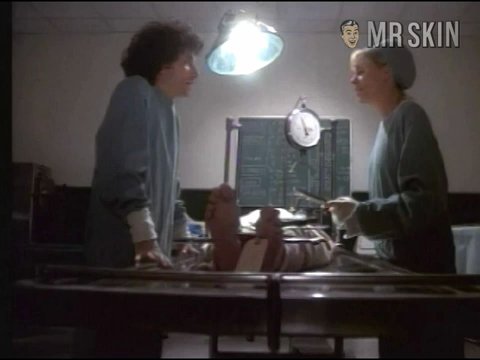 Hate hospitals? There's good reason to, as The House of God (1984) exposes. The story follows a group of interns in a large teaching hospital as they get a crash course in the ugly reality of disease, death and broken bones. Viewers bones are hard and erect, though, thanks to the lovely presence of Bess Armstrong, who flashes her itty-bitties during an autopsy scene sure to raise the dead. It's Bess's only skin scene besides The Four Seasons (1981)--and far superior to that flick's brief flash of her posterior. These young doctors may think they're God, but after seeing Bess's breasts you'll be in heaven.