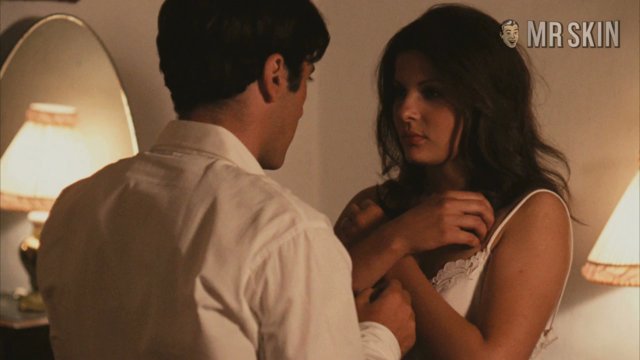 The Godfather (1972)
Nude, breasts 01:52:29 She peels off her nightie to proffer her pale-nipped pyramids to Pacino on her wedding night. I got a cannolli in my pants, people!

Although it was by no means the first movie, or even among the initial wave of films, that glorified and idolized the mores and modes of organized criminals, The Godfather (1972) was the flowering of all mobster cinema that came before it and set the standard for all gangster pictures to come. Visually lush, emotionally rich, charged with suspense, plotted with fascinating and ever-shifting alliances and betrayals, developing characters whose complexity transcended anything previously seen in the genre, The Godfather made superstars of its director, writer, producer, and primary actors. In one sense a historical document, in another a heart-charging, shoot-’em-up entertainment, The Godfather is among the proudest accomplishments of any American art form.