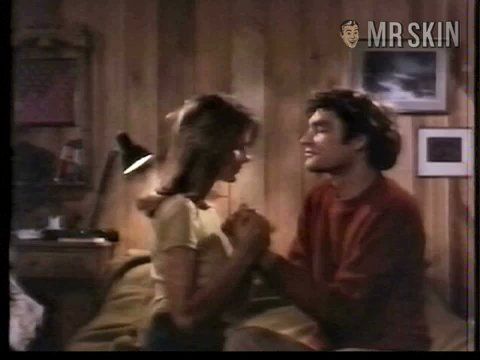 The Girl in Blue (1973)
Nude, breasts 01:26:00 She whips off her shirt and gives her shy guy a look at that Maud bod. See some ripe ripe boob action when they make out on the bed.

The Canadian drama The Girl in Blue (1973) tells the story of a young Montreal lawyer (David Selby) who, just as a he’s about to marry his girlfriend Bonnie (Gay Rowan), decides to hunt down a woman (Maud Adams) he caught a fleeting glance of years before on a ferry to see if she’s “the one.” Luckily for us, both Maud and Gay are kind enough to display their racks. These girls won’t give you blue balls!