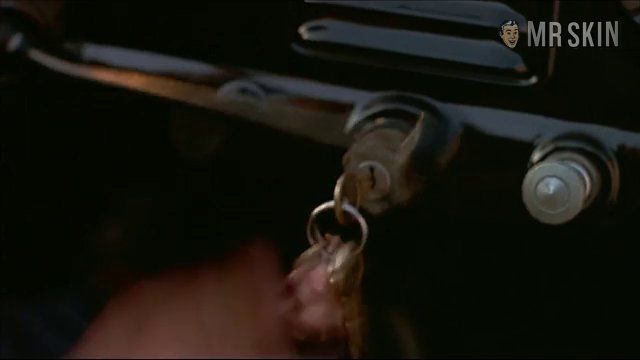 Remember Teri Hatcher? She played Lois Lane and was the busty girlfriend of Jerry Seinfeld on the sitcom about nothing, which in this case was about whether her boobs were real or not. They're real and real distracting for Kevin Bacon in The Big Picture (1989), who nearly loses control of his car while fantasizing about Teri in a teddy giving him a seductive come-on. Directed by comedian and Spinal Tap-per Christopher Guest, this story about a young filmmaker chewed up by the Hollywood machine is big in all the right places.