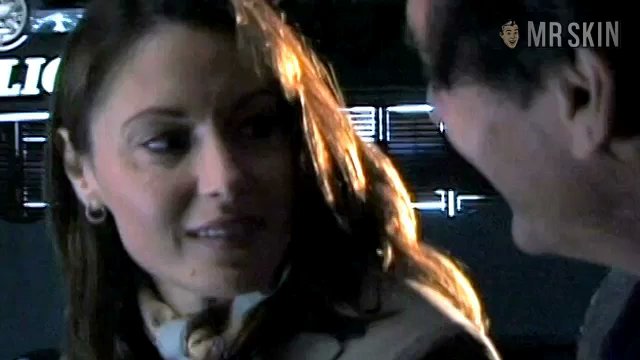 Suzan Spann will raise again, so we hope. She has spent her short career making us raise up and up, again and again. It all started with Phoenix (1995), a horror flick about a morgue attendant and a strange waitress who connect via the waitresses’ dead sister. She’s mostly worked in the horror genre, with movies such as Haunted (1998), about an old theater infested with ghosts, and Aquanoids (2003), which takes place on a small island off the coast of California on the Fourth of July, where tourists are washing up dead in the local bay. Suzan meanwhile washes up naked. It was her last credit, but we’re waiting for more.

1 Clip
Nude, breasts 00:36:00 See just a quick, tiny flick of right boobage when she hops off her guys' rod and hops into the shower.
Live Cams - View all